Wednesday, August 23rd, 2017, began like any typical day for the staff of Driscoll Children’s Hospital in Corpus Christi – meeting notices and cafeteria menu changes were sent out via email, patients were cared for, staff came and went as scheduled. People along the Texas coast had been watching a tropical depression that had recently emerged in the Gulf of Mexico, off the Yucatán peninsula. It was projected to be a tropical storm, with landfall predicted somewhere between Brownsville and Houston. Residents of Corpus Christi and the surrounding areas, commonly referred to as the Coastal Bend, continued with life as usual, many planning for the last weekend of summer as school was scheduled to start Monday.  After all, this was “just a tropical storm”, and “we could really use the rain.” Within 24 hours, all of that had changed.

Tropical Storm Harvey reformed at 10am August 23rd and the Driscoll Hospital Disaster Leadership Team was activated around noon. By Wednesday evening, Harvey was projected to make landfall somewhere along the Texas coast as a strong Tropical Storm or Category 1 Hurricane. Harvey strengthened rapidly overnight. By 9:30am Thursday, August 24th, Harvey was projected to make landfall as a Category 3 Hurricane in the area between Corpus Christi and Rockport/Fulton – a direct hit to the Coastal Bend – and evacuation preparations began.

There are three NICUs located in Corpus Christi – two Level III’s at Corpus Christi Medical Center – Bay Area and Christus Spohn South, and a Level IV at Driscoll Children’s Hospital. As the Level III NICUs are located in Coastal Flood Zones, they began evacuating early Thursday morning to hospitals in the San Antonio area. Driscoll is not located in a flood zone, so the decision to begin evacuation was made once the impact was projected to be at Category 3-4, with the official order being made around 11:30am on Thursday, August 24th.

Thursday morning, the census at Driscoll was 44. Two babies were deemed eligible for discharge and were sent home. With the weather predicted to begin deteriorating Friday morning, the decision was made to evacuate our most critical babies, for whom a utility failure would be the most dangerous: those on High Flow cannula of 3 LPM or higher, SiPAP, or intubated. 16 babies were triaged for evacuation and the medical team began calling NICUs around the state to locate beds for our infants. With San Antonio absorbing Corpus’s Level III population, and Houston projected to get dangerous rainfall and flooding, our efforts focused on the Dallas and Austin areas with Cook Children’s Hospital and Dell Children’s Hospital able to accept our patients. 4 transport teams sprang into action: Driscoll, Cook’s, Dell, and Dallas Children’s, coordinating their efforts to ensure that all 16 babies were safely evacuated by 5:30am, Friday, August 25th. 26 infants remained at Driscoll. Windows were boarded and infants were consolidated to one floor for the duration of the storm.

A team of 61 nurses and support staff, 2 residents, 5 NNPs, and 2 neonatologists sheltered in place to care for our infants. The eye of Harvey made landfall around 10pm Friday night, approximately 30 miles northeast of the hospital, with peak wind gusts >130 mph.  It was a loud, scary night, but morning dawned to reveal minimal structural damage to the hospital with major utilities still in operation.  However, many staff members and patient families were not as fortunate. Clean up and recovery efforts began as soon as the affected areas were deemed safe. The hurricane team was released from the hospital Sunday morning, but Driscoll opened rooms to staff and families who were unable to return to their homes.

There are many lessons we learned from Harvey. On the logistical side, having pre-made phone lists for hospitals around the state and the ability to make conference calls to multiple team members for report were huge time-savers during evacuation, when every minute counted. When the elevators were shut down during the storm, we realized our plans for having extra milk pumping stations on the 3rd floor near the NICU were impractical for our recently delivered mothers, who were staying in the auditorium on the 1st floor. Our breast milk center staff scrambled to find manual pumps and relocate equipment down to these moms.

On the personal side, we learned the power of a smile or a laugh for both staff and families in a scary situation. We took care of each other, mentally and physically, and we all made it through together.

We also realized that it doesn’t take a village to raise a NICU baby- it takes an entire state. We here in the Coastal Bend are forever grateful to our colleagues in San Antonio, Dallas and Austin who lent a helping hand and cared for our babies and families in an unpredictable situation. We continue to extend our gratitude to the many volunteers from around the state who have supported both the Coastal Bend and Houston area as we all recover from the devastating effects of Harvey. 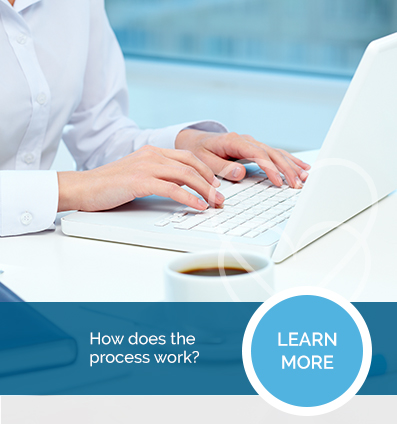